A Portrait of a Son

Previous Next
A Portrait of a Son

Now to you who believe, this stone is precious. But to those who do not believe, ‘The stone the builders rejected has become the capstone,’ and, ‘A stone that causes men to stumble and a rock that makes them fall.’  They stumble because they disobey the message–which is also what they were destined for. – 1 Peter 2:7-8 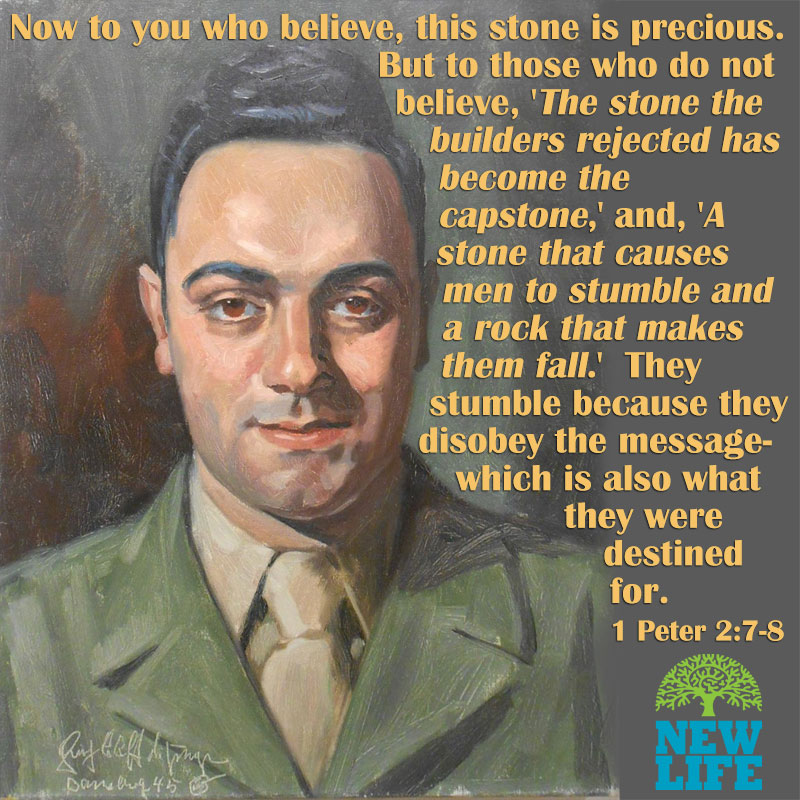 Anticipation grew as the Christmas day auction of the estate of an art collector began.  His collection included priceless works of the masters.  The first piece auctioned, however, was a portrait of the late art collector’s son who’d been killed in the war.  A comrade in arms, whom his son rescued, painted it.

The auctioneer asked for an opening bid; the room was silent.  Impatience grew . . . the room was filled with art collectors wanting to bid on the real treasures—Picasso’s, Van Gogh’s, and Monet’s.  Finally, an old man spoke. “Will you take ten dollars for the painting? That’s all I have.  I knew the boy, so I’d like to have it.”

“Going once, going twice.  Gone.”  The gavel fell and the auctioneer announced the auction was over.  Stunned disbelief quieted the room.  Then a voice broke the silence, “What do you mean it’s over?”

The auctioneer replied, “It’s very simple. According to the will of the father, whoever takes the son . . . gets it all.”

Jesus is God spelling Himself out in language that men can understand. – S.D. Gordon