Is not wisdom found among the aged? Does not long life bring understanding? – Job 12:12 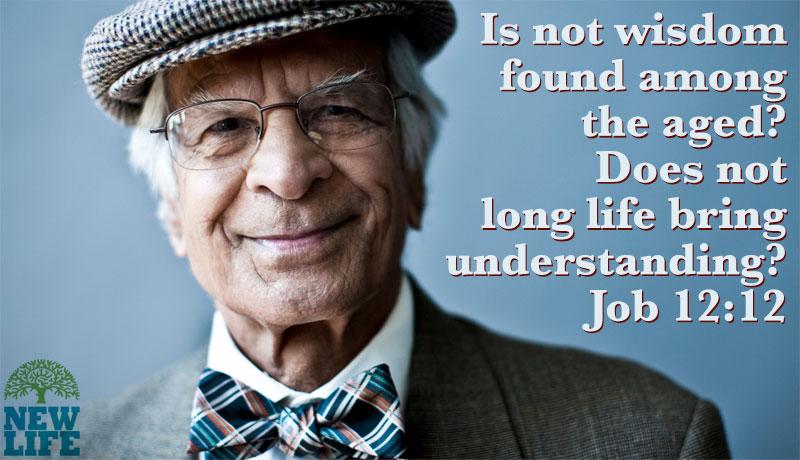 I have some friends who are adrenaline junkies. It’s a drug they need to survive. They mountain bike, bungee jump, heli-ski, hang glide, surf giant waves, and parachute out of airplanes. I often wonder why they feel the need to risk their lives in the ways they do. Maybe they do these things as medication against depression and anxiety or maybe it’s a way of proving that the inevitable isn’t going to overtake them.

We can jump out of airplanes to prove that we’re not dead yet, but there’s no avoiding the fact that you are getting older and with that comes limitations. Aging does that to everyone. You can see that as a death sentence, but a better way to look at it is the beginning of a new phase or season of life.

Every end is a new beginning, and that’s true for the seasons of our life. Just as Fall gives way to Winter, and Winter to Spring, there’s something to look forward to with each season of your life.

Life would be infinitely happier if we could only be born at the age of eighty and gradually approach eighteen. – Mark Twain