Are You A Narcissist?

Previous Next
Are You A Narcissist? 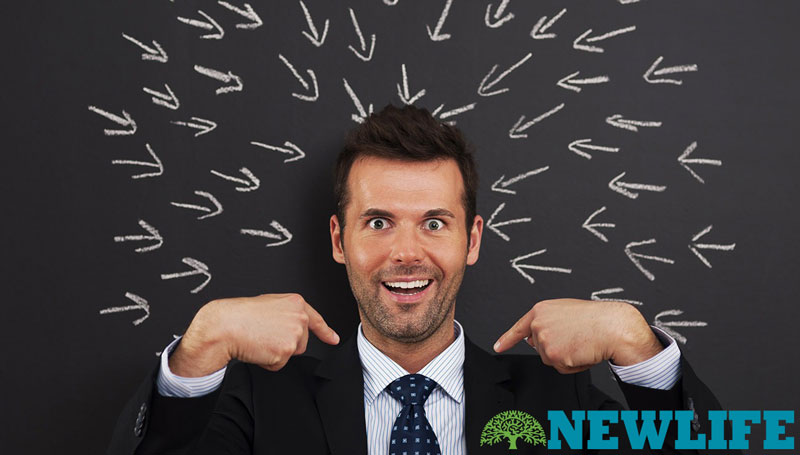 A lot of people are fascinated with the subject of narcissism. Perhaps it’s because we all think we know one, or live with one. But is it possible, that you’re the narcissist? If you are wondering, there are some things you can look at to determine whether or not you have narcissistic tendencies.

The first one is that you’re really not interested in a story unless it is relates to you. Because you are your world. The most important thing to you is telling your story the way you want to tell it. You’re not really interested in anyone else and what they have to say.

Another thing to look at is whether you boast without being prompted. The narcissistic tendency is that you are harboring a grandiose or exaggerated sense of your self-importance. You feel so important that you lie about yourself, even when it would be easier on you if you didn’t.

I was at Hollywood party one time, because the ad agency I was working with was in Hollywood. The man who gave the party told me that he wrote a particular movie that was coming out. I don’t know why in the world he said that because I saw the movie and his name was nowhere to be found. Later when I told him that I didn’t see his name in the credits, he said that he’d have to check on it. Well, obviously, he was being grandiose, because leaving out the screenwriter’s name, just doesn’t happen. If you find yourself boasting and saying things that you can’t live up to, that’s a good sign that you have narcissistic tendencies.

Are you preoccupied with fantasies of unlimited success, power, and brilliance? Are you always waiting for your boat to come in? I knew a man who claimed to be very wealthy. But later I learned that he was actually living with his mother and his mother made the payments on the car he was driving. He also showed me a phone that had live streaming video. He told me it was the future, and he was the only one who had that technology. When in reality, that technology was readily available. He was very grandiose, when he really didn’t need to be. When you have plans or daydreams that are bigger than you could ever achieve, that is a narcissistic tendency.

Do you think that you are better than others? The narcissistic tendency is to see oneself as special and privileged and only associate with others you see as your equal. I worked with a man whose father went off to war and was taken prisoner of war while his mother was pregnant with him. According to him, his mother said that she was not going to have her baby until the father came home. At the end of 30 days, his father was released from a prisoner of war camp, returned to America, and she had the baby.

He saw that as being marked as someone special. He saw himself above and beyond everyone else because of his mother’s story. It was almost like the virgin birth. He was birthed a month late, so God must have really had something special in mind for him. So if you believe that you are above others, that is a real sign of narcissism.

Do you fish regularly for compliments? Do you require or demand excessive praise or admiration from others? A true sign of being a narcissist is that you are always looking for some way to bring up a subject that might bring you a compliment.

Do you expect special treatment? The narcissistic tendency is a sense of entitlement and a belief that you’re deserving of special treatment. There are a lot of people who have been extremely embarrassed being thrown out of first class. They couldn’t afford to pay for it, but they tried to sit there anyway because they believe they deserve to be there. All sorts of things happen when you believe that you’re better than everyone else. So if you are always expecting special treatment, always being upset when you don’t get it, and always feeling angry when you’re slighted, those are signs of narcissism.

Do you charm people into doing what you want to be done? This is exploiting and taking advantage of other people. In the dating world, if he seems too good to be true, then he really is too good to be true. He is Mr. Wrong and you need to run because what he is doing is manipulating you, telling you everything you want to hear and making you think he has everything you want. Beware of that charming, outgoing person that draws you in and is fun and exciting to be around, because it all may be a fraud and manipulation.

Is it hard to put yourself in other people’s shoes? The narcissistic tendency is that you lack empathy. You have no feelings for other people and you can’t imagine what other people are going through. I believe it’s because a narcissist spends so much time trying to shore up their own weakness and fear and even anger, that they haven’t had time to think of other people and how they feel.

So you’re somewhat isolated and not connected at all by the feelings of other people because all you care about is how you feel or making other people feel really great about you. The narcissist lures others in to get what they need from them and then discards them.

Do you often feel threatened by others? Are you often envious of others? You are afraid that they will make you feel or look unimportant or slight you in some way. You are always looking at people with more money or more power or more whatever and you really feel threatened by them because you want to be in total control.

Lastly, do you patronize other people? This is displaying arrogant, haughty, or patronizing behavior. You listen to other people, but it’s like patting a child on the head and saying, “Yes, I hear you,” when you actually don’t care what the other person is saying.

All these are tendencies of the narcissist. What do you do if you find that every one of these describe you? You can change. You may not change totally, but you have to do the work. You have to work with a therapist who has worked with narcissists before and really knows how to get to the heart of the matter. When you resolve whatever it is in your past that causes you to want to be grandiose or be something you’re not, that inferiority or fear, rather than protect yourself than you won’t have a need to be a narcissist anymore.