His fame spread far and wide, for he was greatly helped until he became powerful. But after Uzziah became powerful, his pride led to his downfall. He was unfaithful to the Lord his God, and entered the temple of the Lord to burn incense on the altar of incense. – 2 Chronicles 26:15b-16 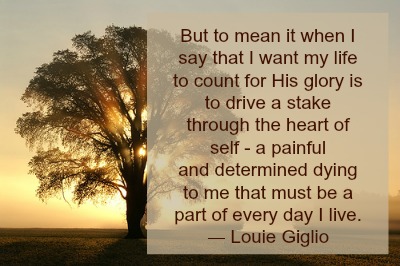 Have you personally witnessed the destruction that pride can cause?

Several years ago, the Nagasaki, Japan Police Department launched an investigation to get to the bottom of how one of their prisoners got a gun while in police custody. What the investigators found was that a group of officers, who in the hopes of obtaining a coveted “Weapons Charge” commendation on their employment record, arranged the whole thing.

The corruption caused by pride is nothing new. In the Old Testament book of 2 Chronicles, the Bible tells us of 16-year-old Uzziah, King of Judah, who had every blessing from God; but his pride led to losing his reign to his son, Jotham.

We must always be on guard to keep pride from creeping into our lives.

I challenge you today, to take an honest look at yourself. Have you become proud or haughty? If so, ask the Lord’s forgiveness and His help in keeping pride out of your life.

A proud man is always looking down on things and people; and, of course, as long as you’re looking down, you can’t see something that’s above you. – C. S. Lewis

But to mean it when I say that I want my life to count for His glory is to drive a stake through the heart of self – a painful and determined dying to me that must be a part of every day I live. – Louie Giglio