Immediately the boy’s father exclaimed, “I do believe; help me overcome my unbelief.” – Mark 9:24 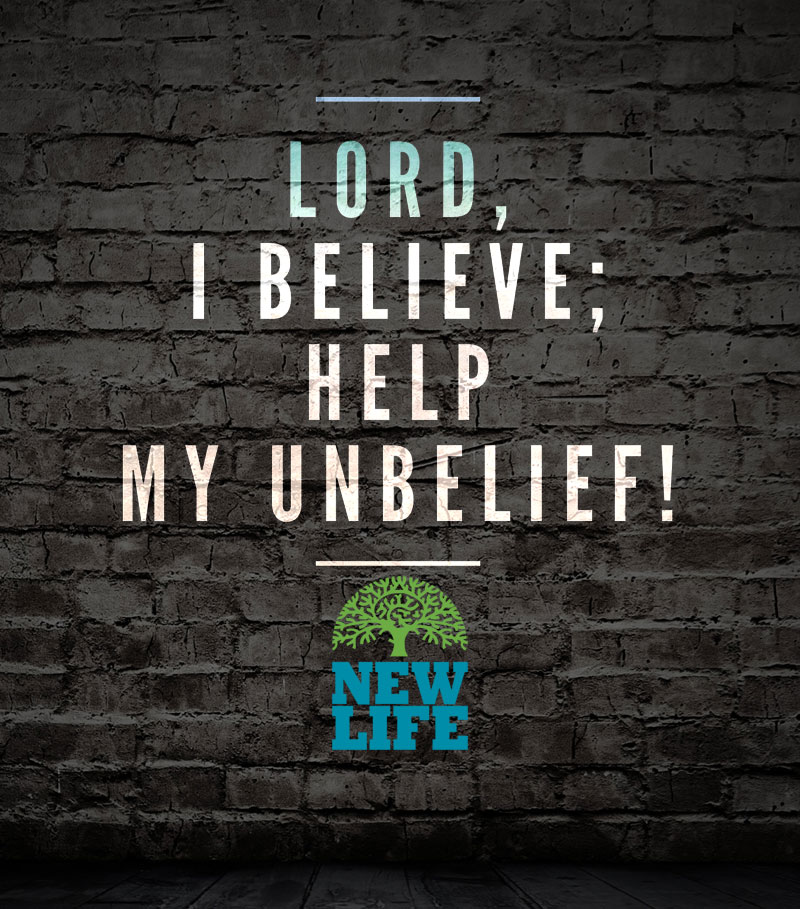 Distrust or wavering faith is a reality for most of us. But how would you like to be labeled a “doubting Thomas?” Do you ever wonder what it was like for Thomas, Jesus’ disciple who became known for his lack of faith? Thomas simply didn’t believe that Jesus had risen from the dead. But that’s not the end of his story.

Thomas didn’t doubt Jesus’ resurrection out of fear. He continued to meet with the followers of Jesus in the upper room. He just happened to be absent when the risen Jesus first appeared to them.  He wanted some kind of proof that his companions had not just been seeing things. Thomas was given the undeniable evidence he asked for when Jesus appeared a second time, dispelling all his doubts.

Undeniable evidence, however, isn’t necessary to begin a life of faith. As a matter of fact, it makes faith unnecessary. Jesus said to Thomas, “You believe because you have seen me. Blessed are those who haven’t seen me and believe anyway.” You too have evidence of the Resurrection. You too can experience God’s transforming power in your own life. You can overcome your troubling doubts as you continue to trust God to show you His power in your life.

When Thomas overcame his doubts, he set out on a ministry that showed extraordinary faith. As you experience God’s deliverance, it will motivate you to minister to others as well. Do you have doubts? If faced honestly, doubt can lead to deeper faith.

Doubt isn’t the opposite of faith; it is an element of faith. – Paul Tillich

Doubts are the ants in the pants of faith. They keep it awake and moving. – Frederick Buechner