Previous Next
Easter in Narnia

He will swallow up death forever. The Sovereign Lord will wipe away the tears from all faces; he will remove the disgrace of his people from all the earth. The Lord has spoken. – Isaiah 25:8 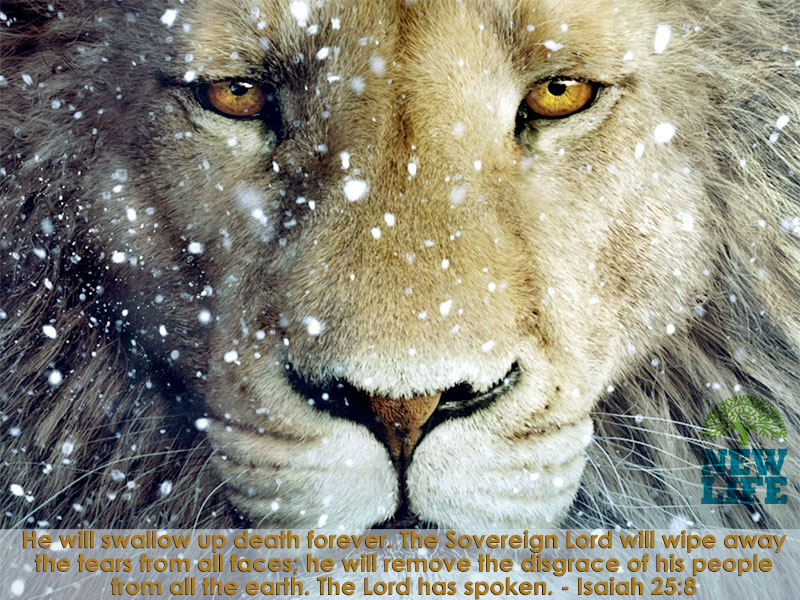 In C.S. Lewis’ The Lion, the Witch, and the Wardrobe, the lion, Aslan, offers himself as a sacrifice for a little boy, a traitor named Edmund. When the lion rises from the dead he says:

‘. . . [the Witch’s] knowledge goes back only to the dawn of time. But if she could have looked a little further back, into the stillness and the darkness before time dawned, she would have read there a different incantation. She would have known that when a willing victim who had committed no treachery was killed in a traitor’s stead, the Table would crack and Death itself would start working backward.‘

Does that story sound familiar? It should; it’s the story of Easter. Jesus Christ gave his life for traitors whom he loved, was raised from the dead, and therefore broke the curse of death.

Our Lord has written the promise of resurrection, not in books alone, but in every leaf in springtime. – Martin Luther