In our lives we face many things that block the goals we have set for ourselves. Sometimes, when our goals are unmet, we become angry. In many cases, anger is a by-product of our not getting our way. But there are times when our anger may be a secondary emotion that hides our true feelings. Back when we were children we learned to hide our emotions to spare ourselves from more pain. We learned that it was unacceptable to cry on the playground. ‘Suck it up,’ they said, or ‘Don’t cry, be a man.’ We were encouraged to, ‘Fight and defend yourself.’ We learned that the only emotion that was OK to express was anger. What that means is that many of us have been stuffing our feelings since we were five years old, with anger being the only emotion we are allowed to show.

In our recovery it is our responsibility to look back on our lives and see what self-preserving strategies we have been using since childhood to keep us from pain, strategies that are no longer useful and should now be abandoned. King David was faced with such a task. When David was on the run from Saul, he and his men had moved into the Desert of Maon, where they provided security for a man named Nabal. They watched over Nabal’s flocks and shepherds to see that no harm came to them. It was common practice for the owner of the sheep to pay for this protection when it was shearing time. At the appropriate time, David sent ten young men down to see Nabal about the payment due. Having been a shepherd himself, he was well versed in the business practices of the day and knew the proper way to ask for his payment. I think that David felt safe being back in the fields with the sheep, because it was a reminder of the days of his youth. Judging from the wording in the Bible, he also probably felt that there was a kind of father-son relationship with Nabal.

However, Nabal did not see it that way. He insulted David and his servants, and told them that they were not even worthy of bread and water. The young men returned to David and told him what had happened. When David heard what was said, he turned to his men and said, ‘Put on your swords!’ So they put on their swords and David put on his. David was really angry with Nabal, and was about to show him how angry he was! David said, ‘He has paid me back evil for good. May God deal with me ever so severely, if by morning I leave alive one male of all who belong to him.’

David felt and expressed anger in this situation, but deep down he may really have been hurt.

This was not the first time he had been rejected by a father figure. When David was a young man, he was not even invited to the sacrifice and consecration by Samuel, an event that David’s father and brothers attended. It was not until Samuel asked for David that he was summoned and anointed as the next king. Nothing is mentioned about how David must have felt to find out that he had not been invited to the sacrifice, and we have to wonder if this was typical of the treatment that he received from his father and brothers. Then, after David became the son-in-law of Saul, he expected to enjoy his status as an adopted son. Instead, he soon found out that, again, a father figure rejected him in his life. So, we should not be surprised by his reaction to Nabal’s rejection. To us, and those who were with him, it seems extreme. But maybe David was reacting to the pain of again not feeling valued as a son or a man.

As counselors, we look for this kind of exaggerated reaction as a sign that something else–something deeper–is at work. The feelings that we stuff, such as feelings of worthlessness, incompetence, rejection, and the disappointment from our inability to please those we love, including God, may be buried beneath the anger. So when you, or your family, are suffering from your anger, take time to reflect on what is really going on in your life. Look closely to see what the real cause of your anger is. Then enjoy the grace that Jesus freely gives. Forgive yourself and others who have hurt you in the past, and experience the healing of your soul. 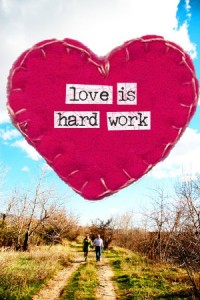 When we love, we utilize all parts of ourselves. You literally bring your entire being to bear toward helping and becoming close to someone, God or human. This is why love cannot be reduced to simply an emotion, a thought, a behavior, a choice or a commitment. It involves the whole person, investing our very souls for the sake of another, loving with heart, soul and mind (Matt. 22:37).

This is why loving is so costly. To give yourself to the task of loving another isn’t worth a lot unless there is a cost involved. Time, effort, vulnerability, humility, and self-denial, are a few examples of the price tag. Yet this whole-self love has great benefits for both the lover and the receiver. The one who receives is loved well, which is the fuel for life; and the lover’s heart and soul are expanded from exercising of learning this highest attribute of God. God’s heartbeat for love was so costly that he lost his life ‘ and even then lots of people spurn it. Yet he has no regrets about loving so lavishly.

As we are loved well, and respond responsibly to the love we are given, we begin to feel a sense of gratitude for what we are receiving from God and others: we love, because we are loved (I John 4:19). Our gratefulness drives us to be concerned about the welfare of the other person, and our loved state gives us a safe foundation from which to venture out and begin helping and loving back.

Altruistic love is the most mature love. It is a giving type of love. It doesn’t need the other person’s support, and can love freely without depending on that other. It means that we have been loved so much and have used that love to mature, that we are rooted and grounded in love (Eph. 3:17). We are in a loved state, with enough emotional memories internalized through our experiences to sustain us. At the same time, altruists are never without regular, sustaining relationship with God and others in their lives. But they are deeply involved in things like charities, ministries and helping activities with those who aren’t in a position to give back to them. This is the love that constrains God to act on our welfare (John 3:16).

If this seems like a tall order in learning to love, you are right. And yet, there is no more worthy activity. Ask God to help you grow in faith and hope, but especially in love (I Cor. 13:13). It brings His grace and character into your life, both today and into eternity.

Are you struggling to love or to receive love? We’d like to help. Consider joining us on one of our Weekend Workshops or call 800-NEW-LIFE (639-5433) for more information