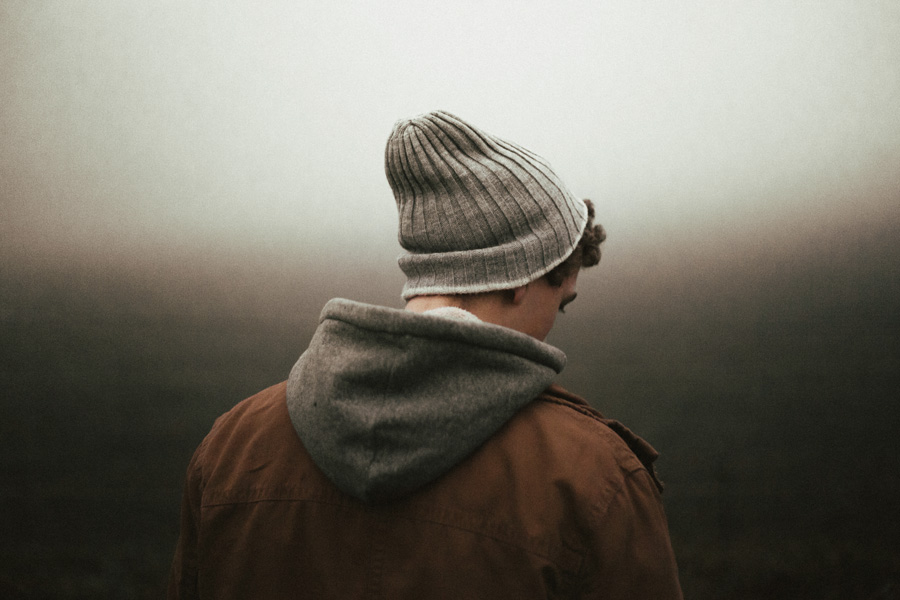 When wives share their triggers and the accompanying pain, their husbands are often hit with a tidal wave of shame. When hit by the tidal wave, it’s easy for husbands to feel overwhelmed and to buckle under it. Many husbands go back into that shame shell where they shutdown, get angry, lose empathy, etc. END_OF_DOCUMENT_TOKEN_TO_BE_REPLACED 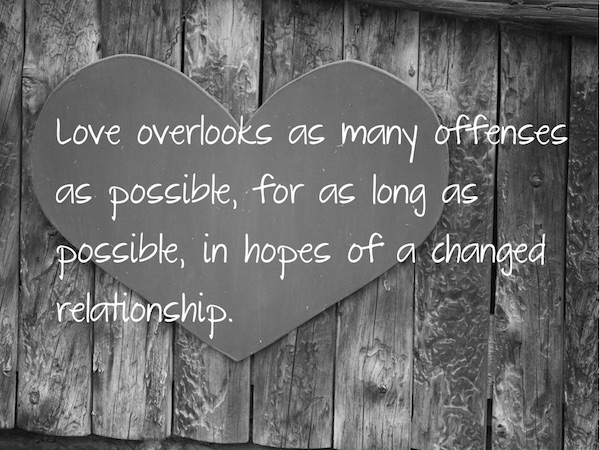 Before we dive in and unpack thes attributes, I want to point out the kind of love we’re dealing with. Remember, in the Greek there were 4 different types of love: eros, storge, philia and agape. Each had a different meaning and application. These all get lumped into our modern day term, “love”. So we use the same word when we describe our affinity for certain foods (I love fried okra) and our affection for our spouses (I love my wife). Without getting too far into the nitty gritty, what Paul is describing in these verses is Agape. To keep it simple, think of agape as “loving even without any self-benefit”. Of the 4 types of love, this one requires the most of us. It requires the most work.

The first attribute of love that Paul names is patience. The Greek word is: makrothymeō. It means ‘to be patient in bearing the offenses and injuries of others. To be slow to avenge or punish.’ I like what one commentator, Matthew Henry, says about it:

It will put up with many slights and neglects from the person it loves, and wait long to see the kindly effects of such patience on him.

Patience is a powerful, strong, and willful thing. It is having the position and power to punish, yet choosing not to. Isn’t it interesting that the first thing Paul says about love is that it’s slow to punish? Logically it makes sense to me; if we avenge or punish our partner quickly after an offense, there is no time for sorting things out, explaining intentions, reconciliation or redemption. It just explodes.

Let’s think about it for a minute: what does it look like to hold back punishment? For me it means not popping-off with some hurtful comment. It also looks like engaging the conversation rather than giving Shelley the cold-shoulder. Another angle is that when I am hurt I withhold compliments and/or affection; that’s punishment too.

This patience thing leads me to another question though:  does Love ever get angry? Does the text say that Love means I’ll never be angry with my spouse?

No, it doesn’t. In fact this is addressed by another attribute: being slow to anger. Depending on the translation you may also see it as “not irritable” and also “not easily provoked”. Here again, background is important. The Greek word is, paroxynō, meaning to ‘provoke, irritate or rouse to anger.’The concept this term conveys is easily misunderstood. We might be inclined to read it as “love does not get angry”, which misses the heart of the matter. Instead, think of it as a quick temper; Love doesn’t have a quick temper. Loving in this way means we don’t fly-off-the-handle. While we may in fact become angry, it is only after we have practiced patience. It is similar in notion to what is described in Isaiah 5:25; “Therefore the Lord’s anger burns against his people. “ God wasn’t irritated so he wanted to quickly prove his point. Nor was he responding to being provoked or taunted. He was roused to anger, over time, by the idolatrous lifestyle of his people. He didn’t just lose his stuff one afternoon and make a rash decision to punish his children. It took time. He was patient.

Thus, the gist of what Paul is describing for us is a love that is going to overlook as many offenses as it can, for as long as it can, in hopes of a change in relationship.

That is so counter to my concept of love. I thought love meant Shelley should change what bothers me so I don’t have to overlook anything. If she would act differently, then I would act differently. See the conditions on that? Thus the work of love was on her, not me. We now know that’s not love at all; its selfishness.

The question I’m asking myself in light of this new understanding, and perhaps you’d like to ask yourself, is this:

In what ways am I asking my wife to change to make it easier for me to be patient and slow to anger?

The wrong done by sexual sin and betrayal is a serious matter, but the forgiveness involved is more serious still. That’s because forgiveness can set in motion the healing of a relationship where truth replaces deception, and a future hope is birthed out of ashes. But there are certain costs involved.

To ask for forgiveness costs you having to bear the sting of humility and humiliation. You have to give up the defenses that protect your self-image from being morally wrong by openly admitting your failure and being exposed. It also costs you what status or power you may have had with your wife because you have to give up that position to the one you have wronged. And it costs you the uncertainty of knowing whether your wife will be willing and able to overcome the many impediments to forgiving you. This kind of betrayal can cause irreparable damage to a marriage.

As difficult as it seems for you, think what it costs your wife to forgive you.

First, she has to give up her claim to justice. She has to let go of her desire to see you get what you deserve for your sexual sin. While she experiences the painful agony of being betrayed, it seems to her that you are getting by without this pain. Instead, she has to trust and obey God’s instruction to not take vengeance or carry a grudge, but rather to love you in the Lord (Leviticus 19:18). This is not easy.

Second, the forgiving process costs your wife her sense of safety with you. The discovery of sexual unfaithfulness in one’s marriage is described by many women as being worse than having your body torn apart, or having open heart surgery without anesthesia. This kind of trauma often causes a wife to organize the entire relationship around the injury. The hurt can reemerge in an alive and intensely emotional manner, like a flashback that feels overwhelming. Though you sorrowfully admit and repent of your transgression, she finds it difficult to let it go because she never wants to be hurt like this again. So she naturally protects herself from being vulnerable.

Third, the occasion for forgiveness has cost her the loss of trust in you. You betrayed a trust that you promised to protect. Your wife now has to protect what little trust she has left. Even though she forgives you for what you did in the past, trusting you is about the future. It’s going to take some time for her to be able to trust and invest in you again. This is something you will have to earn through more than verbal reassurances. She needs to see your bold, concrete, and consistent actions over time. Feeling remorse is good, and verbal promises help, but it’s your overall attitude and actions that will win your wife’s trust back. She has to trust that you will not harm her again.

So, in most cases of sexual betrayal a wife has the heavier emotional load to carry. She has to control intrusive and obsessive thoughts about your behaviors. She has to calm the rage that screams from her pain of rejection. She has to grieve the loss of not having the marriage she thought she had. And she has to find a way to restore her lost sense of self. Meanwhile, she also has to find the strength to act in ways that are attractive to you, while risking being vulnerable and intimate again. And she has to do all this while dealing with the difficult issue of forgiving you. It’s necessary, but costly.

In contrast, you want it to be over. You’ve confessed or admitted your behavior (though perhaps only after having been caught). You’ve pledged your fidelity and commitment to be sexually pure. You feel relieved, cleansed, and ready to move on. You think it’s in your and her best interest to forgive, trust, and get over it. But it is not in your wife’s best interest to forgive and trust you too quickly because cheap grace does not produce the lasting change you both need.

It cost God His only Son to be able to say, I have swept away your offenses like a cloud, your sins like the morning mist. Return to me for I have redeemed you (Isaiah 44:22, NIV).

So know and accept that the forgiveness process you and your wife are involved in will cost you both something.

For help in experiencing forgiveness and healing, we strongly encourage you to attend the New Life Weekend with your spouse.