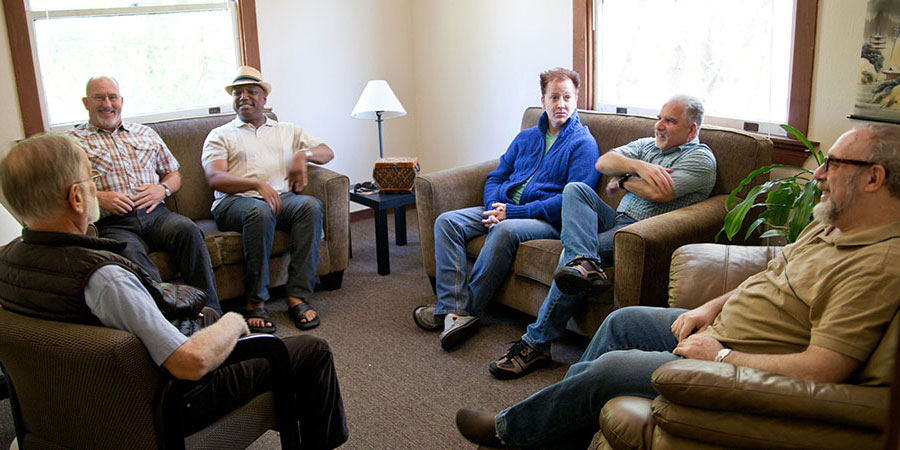 Imagine you are sitting in a group of men. You have been asked to be honest with this group of men and they have been asked to be honest with you. Then the question comes up, have you acted on a desire to masturbate this week? You feel it deep in the pit of your stomach. It’s that urge to bury it, to hide, to play it cool and hope nobody notices you shifting in your seat. You know you need to be honest to get anything out of this group. You’ve even asked them to ask you this question. You just never expected to have to answer with a yes. END_OF_DOCUMENT_TOKEN_TO_BE_REPLACED

Do you have an older sibling?  It can be difficult to live up to the high standards set by older brothers and sisters.  It can be equally difficult, and sometimes more painful, to live down the reputation of a notorious or embarrassing older sibling.  James and Jude are two men in the Bible who had to deal with both challenges.  Their older brother Jesus was both perfect and, in their minds, embarrassing.

Jesus must have been a hard act to follow, don’t you think?  It may have been difficult for James, Jude, and the rest of their siblings to feel close to their wonderful, though different, big brother.

After Jesus’ public ministry began, his brothers James and Jude seemed to take a stand-back-and-watch attitude.  One day Jesus would do great miracles and be acclaimed as a hero.  The next, he would present a convicting message and offend the powerful religious and political authorities.  In the end, he angered too many people and was sentenced to death.  He’d claimed to be not only the promised Messiah but also God himself!  No doubt, James and Jude thought their brother had gone off the deep end.

Yet the resurrection of Jesus overcame the doubts of his younger brothers, who later became leaders in the early church.  Both brothers are remembered for the letters in Bible they wrote.

This same power that transformed James and Jude can transform you, too, and turn you from an unbelieving cynic to a faithful follower of Christ.

What words would your friends or family use to describe you? Jesus referred to two brothers’James and John’as Sons of Thunder. Why? We’re given a glimpse of their fiery personalities in the Bible. After some people rejected them, James and John asked Jesus if they should call down fire from heaven to consume the village. Jesus rebuked them for their impulse to retaliate.

Yet that’s not the end of their story. Jesus worked in these brothers’ lives so that they became known for love and forgiveness.

Though the two brothers had once been ambitious for their own personal gain, they became ambitious to share God’s love with others. The brothers discovered that when you understand and experience God’s love, you are free to live and grow. And as you grow and share with others, you be used by God to touch the lives of many in need of God’s healing help.

Can you relate to the anger and selfish ambition of these men? If so, be encouraged by God’s work in their lives. He wants to do the same in you!