Shelley and I talk often about redemption. We try (as best we can in the face of adversity) to stay eternally optimistic that everyone’s story can lead to redemption. We trust that change is possible. We get emails every week from husbands and wives who want a glimmer of hope and to know that somehow, on the other side of this pain, God might use it. Use them.

Shelley and I did a short video segment on this in our KitchenConvos video course. Take a look below- 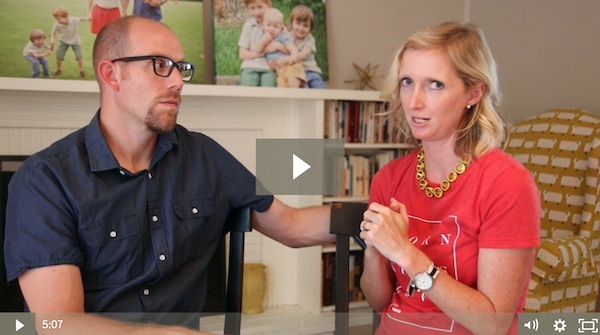 Last week I had a client’s wife say something very profound.

“The absence of conflict is not connection.”

Dang! I hate that that saying is right. Sometimes I want so badly to just let sleeping dogs lie and not rock the boat. We’re okay if she’s not mad at me, right? Do we have to engage intense fellowship or can we just leave well enough alone?

You know the answer. I do too. Conflict is inevitable. I’ll even go a step farther and say, Conflict is vital.

Conflict is intimacy too, even though it often doesn’t feel like it. If we always agreed, all the time, not only would it be scary, but it would mean there is no diversity, no alternative view. We would remain stuck inside the same patterns of thinking that blew up our lives in the first place!

I love that Shelley challenges my thinking. I highly dislike the conflict, but when it’s there I know we have the opportunity to go deeper in our relationship. Now that’s different for me. I used to think every fight was just the next iteration of a setback; but it doesn’t have to be. We can go through it and grow through it. Here are 3 keys that help me navigate our conflicts for growth, both within myself and our relationship.

Remember, conflict is intimacy too. It doesn’t have to be a setback, in fact it can be a growth moment. I can tell you there have been so many fights that have later resulted in one or both of us saying Thank You to other one, because we saw and experienced such character in the other person, right in the middle of the conflict.

God used the prophet Hosea to communicate to his people that he loved them and desired a restored relationship with them.  How?  In a most unlikely way.  God commanded Hosea to marry an unfaithful woman named Gomer.  As soon as Hosea and his wife’s children were born, she prostituted herself and, in time, became enslaved.  In response to God’s command, Hosea then redeemed his wife from slavery and restored her to the family.  God intended this demonstration of unconditional love to symbolize his own love for the people of Israel.

God treated his people with mercy and compassion even though they rejected him and his will for them time and again.  But though God was angered by the unfaithfulness of his people he never rejected them completely.  Neither did he condone their sin by extending unqualified mercy.  He allowed the Israelites to suffer the consequences of their disobedience.  After this, however, he promised to restore them when they repented.