For a man’s ways are in full view of the Lord, and he examines all his paths. The evil deeds of a wicked man ensnare him; the cords of his sin hold him fast. – Proverbs 5:21-22 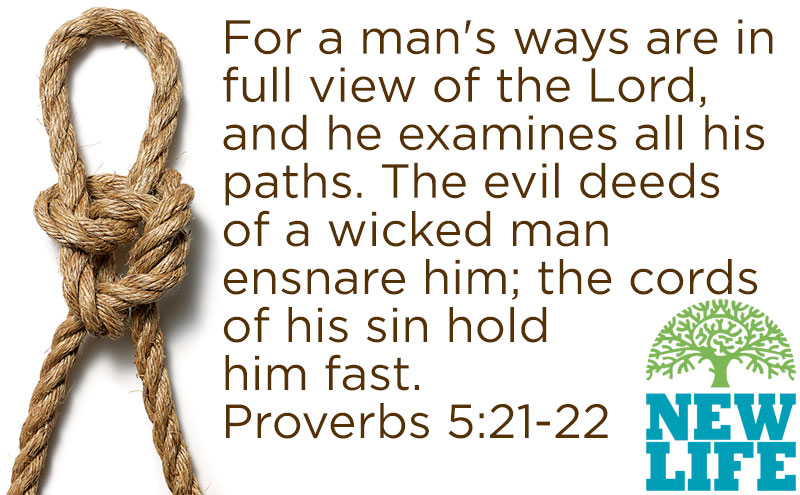 Have you ever been foolish enough to attempt to blame your wrong doing on the Lord?

Several years a Honduran Congressman, Julio Villatoro was charged with bigamy. When asked about the charges filed against him by his wife, the congressman replied, “I have problems with my wife, even though she knows a handsome man is not for one woman but for several. God gave me a physique attractive to women, and I take advantage of it.”

Do you ever find yourself making excuses for your sin? Excuses rarely fool anyone except the person making them. They never fool the Lord. When you pardon your own wrong doing, you have set yourself on the path to self-destruction.

Don’t make excuses for the sin in your life. Instead make a habit of catching yourself in the act, and go to the Lord immediately for His forgiveness and His loving correction.

In the long run, we shape our lives, and we shape ourselves. The process never ends until we die. And the choices we make are ultimately our own responsibility. – Eleanor Roosevelt

If you don’t do your part, don’t blame God. – Billy Sunday

He that is good for making excuses is seldom good for anything else. – Benjamin Franklin