Previous Next
God Deserves Our Best

Each man should give what he has decided in his heart to give, not reluctantly or under compulsion, for God loves a cheerful giver. – 2 Corinthians 9:7 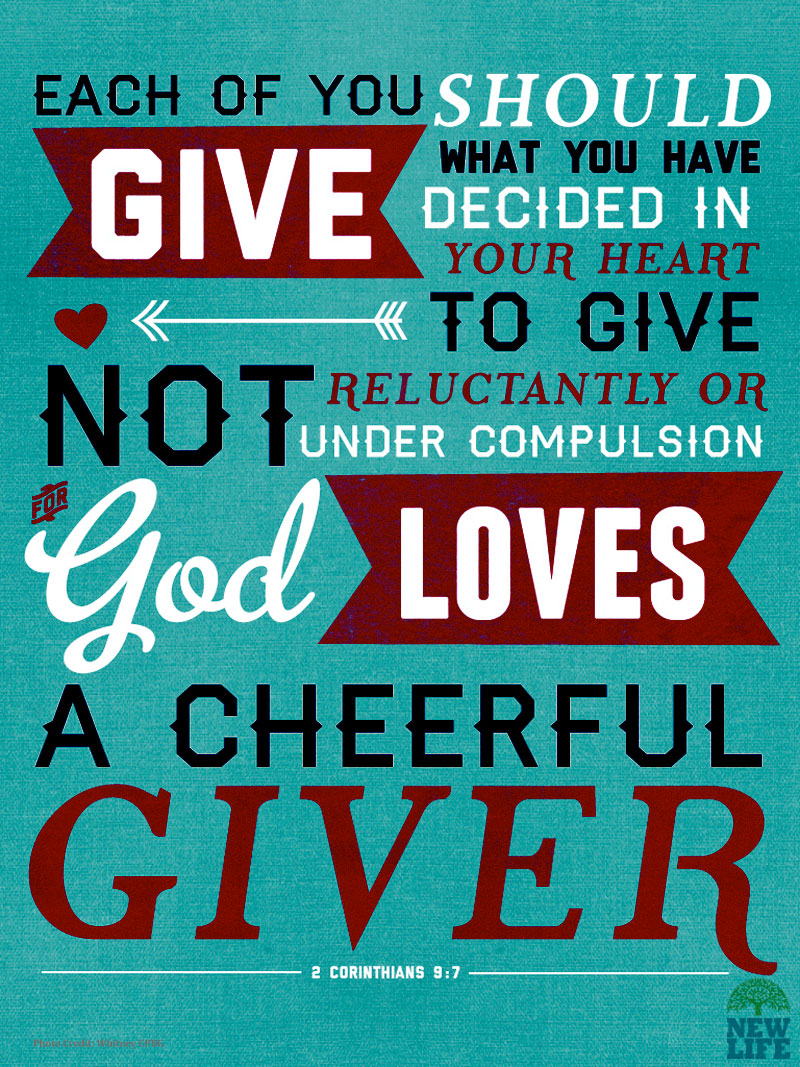 A poor man vowed to give God a certain percentage of his income.  From his first week’s pay he gave one dollar.  But before long, pros­perity raised the sum of the gift to one hundred dollars a week, and in time, to five hundred dollars.

Initially his offerings brought intense joy.  But over time, he began feeling entitled to his prosperity.  He explained to a close friend that when he made the promise he only had to give a dollar, but now that it was five hundred he didn’t feel he could afford such extravagant giving.

His wise friend said, “I’m afraid you cannot get a release from the promise, but there is something we can do.  We can kneel down and ask God to shrink your income so that you can afford to give a dollar again.”

God deserves our best. Has he blessed you?  Ask Him how he might use you to bless others.

The greatest use of life is to spend it for something that will outlast it. – William James

I have found that among its other benefits, giving liberates the soul of the giver. – Maya Angelou

I think when you’re very dedicated to something and you’re engaged fully, you become a giver. – Russell Simmons