Guilty or Not Guilty

Previous Next
Guilty or Not Guilty

Let us draw near to God with a sincere heart in full assurance of faith, having our hearts sprinkled to cleanse us from a guilty conscience and having our bodies washed with pure water. – Hebrews 10:22 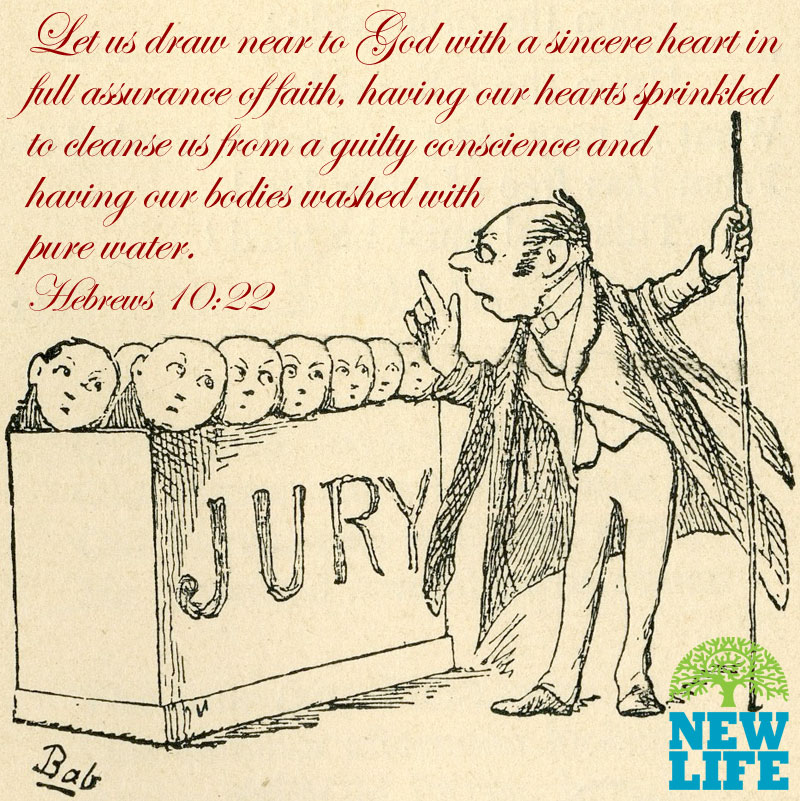 When I was twenty years old I fell into a deep depression. I began taking antidepressants and felt as old as a grandfather. My doctor diagnosed me with eighty-three ulcers and said I would have to make some serious life-style changes or have part of my intestines or colon removed. At the time I had no idea what was causing me such misery. Then I learned that guilt was literally eating away at me.

My guilt was a merciful wake-up call from God, showing me that I’d strayed into dangerous territory, my decisions we’re not only hurting me but they were hurting others.

Guilt can be a merciless taskmaster, that drives us far from God, or it can gently lead us back to a right relationship with Him.

Do you struggle with guilt? Don’t ignore it, but respond to the inner witness of the Holy Spirit.

Guilt is the source of sorrow, ’tis the fiend, Th’ avenging fiend, that follows us behind, with whips and stings. – Nicholas Rowe