Previous Next
He Is Risen

When therefore he was risen from the dead, his disciples remembered that he had said this unto them; and they believed the scripture, and the word which Jesus had said. – John 2:22 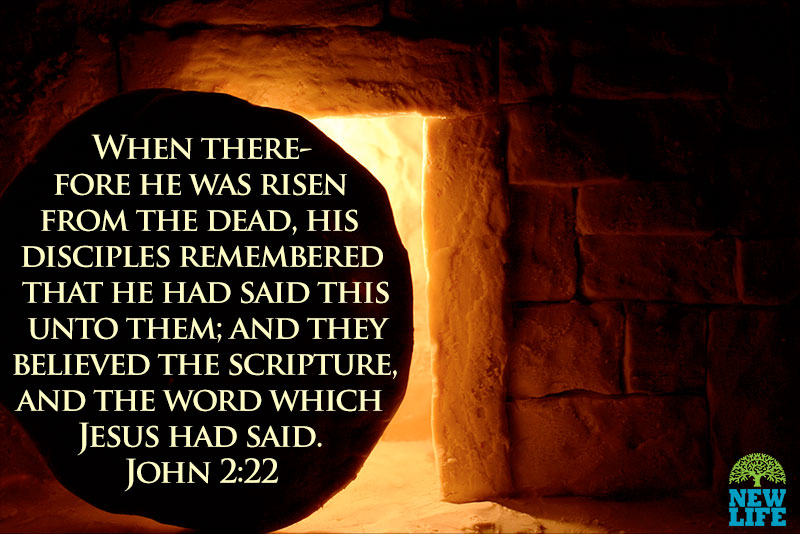 I read a great Easter story told by Dr. George Sweeting regarding an incident in the early 1920s. Communist leader Nikolai Bukharin was sent from Moscow to Kiev to address an anti-God rally. For an hour he abused and ridiculed the Christian faith until it seemed as if the whole structure of belief was in ruins.

Then questions were invited. An Eastern Orthodox priest rose and asked to speak. He turned, faced the people, and gave the Easter greeting, ‘He is risen!‘ Instantly the assembly rose to its feet and the reply came back loud and clear, ‘He is risen indeed!‘

Aren’t those just the best words you could ever hear? News, movies, books, and people of influence may attempt to discredit Christianity, but they’ll never thwart the truth, He is risen indeed!

What does Christ’s resurrection mean for you?