Now that you have purified yourselves by obeying the truth so that you have sincere love for your brothers, love one another deeply, from the heart. – 1 Peter 1:22 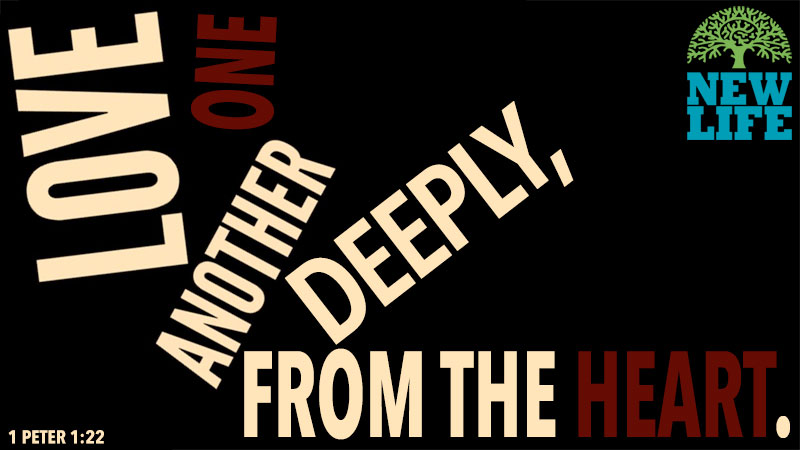 What words would your friends or family use to describe you? Jesus referred to two brothers, James and John, as Sons of Thunder.  Why? We’re given a glimpse of their fiery personalities in the book of Luke. After the Samaritan people rejected them, James and John asked Jesus if they should call down fire from heaven to consume the village. Jesus rebuked them for their impulse to retaliate.

Yet that’s not the end of their story. Jesus worked in these brothers’ lives so that they became known not for anger and revenge, but for love and forgiveness. James was the first of the twelve disciples to give his life for his faith. He was killed in Jerusalem by the order of Herod Agrippa. John is referred to as the “disciple Jesus loved.” He went on to write powerful words on the importance of love and became an important leader of the church.

Though the two brothers had once been ambitious for their own personal gain, they ended up ambitiously sharing God’s love with others for their spiritual gain. The brothers discovered that when you understand and experience God’s love, you are free to live and grow. And as you grow and share with others, you will be used by God to touch the lives of many in need of God’s healing help.

Can you relate to the anger and selfish ambition of these men? If so, be encouraged by God’s work in their lives. He wants to do the same in you!

We all want progress, but if you’re on the wrong road, progress means doing an about-turn and walking back to the right road; in that case, the man who turns back soonest is the most progressive. – C.S. Lewis