Plans fail for lack of counsel, but with many advisers they succeed. – Proverbs 15:22 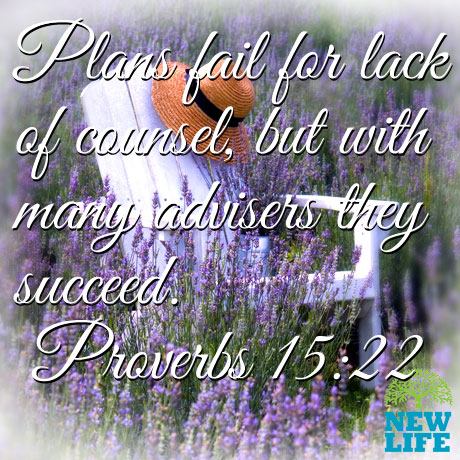 A recent study reported that the loneliest people in America are college students. Surprising? Other groups showing high levels of loneliness were the divorced, welfare recipients, single moms, housewives, and the elderly. This covers the majority of our culture, indicating that loneliness is an American epidemic.

To illustrate just how lonely many people are, Chuck Swindoll tells the story of a Kansas newspaper ad, which read, “I’ll listen to you talk for 30 minutes without comment for $5.” Swindoll said, “Sounds like a hoax, doesn’t it? But the person was serious. Did anybody call? You bet. It wasn’t long before this individual was receiving 10 to 20 calls a day. The pain of loneliness was so sharp that people were willing to pay to talk to a complete stranger for a half hour of companionship.”

We were created for relationships. Don’t go through life solo. Connect with someone today.

Pray that your loneliness may spur you into finding something to live for, great enough to die for. – Dag Hammarskjold