Previous Next
Longing for Glory

Do you not know that your body is a temple of the Holy Spirit, who is in you, whom you have received from God? You are not your own; you were bought at a price. Therefore honor God with your body. – 1 Corinthians 6:19-20 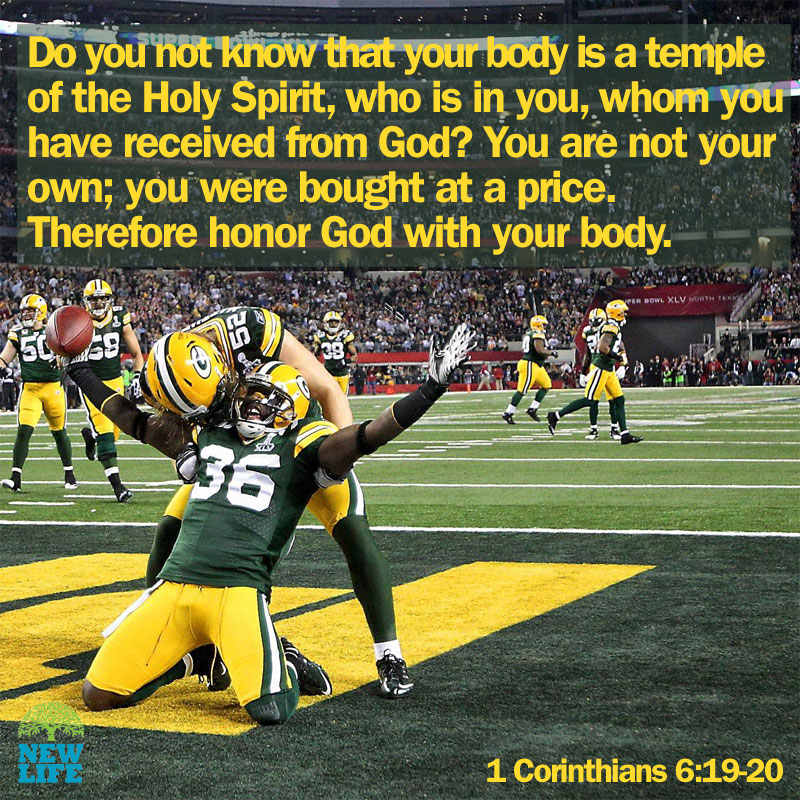 In 1997, Sports Illustrated published a survey of 198 Olympic athletes. They were asked if they would take a banned performance-enhancing substance if they were guaranteed they wouldn’t be caught and they would win their competition. One hundred and ninety-five athletes said yes; three said no.

They were then asked if they’d take the substance if they were guaranteed they wouldn’t be caught, would win every competition for the next five years, but would then die from the side effects of the substance. More than half the athletes said yes. This is both shocking and very sad.

O.K., sports fans, the Olympics take place every two years. Can you name five gold medalists at the most recent Olympics? (Can you even remember where they were held?)

We all have a longing for recognition and honor. But immortality and glory belong to God.

I do not love the bright sword for its sharpness, nor the arrow for its swiftness, nor the warrior for his glory. I love only that which they defend. – J. R. R. Tolkien