Looking Good On The Inside

Previous Next
Looking Good On The Inside 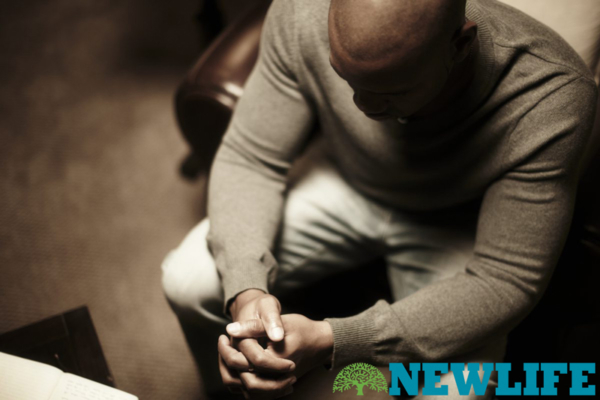 What is it that keeps men imprisoned in a downward spiral of sexual sin? It can be summed up in one word – denial. The fact is, we cannot change what we will not acknowledge.

Many men have a behavioral life that is in conflict with the professed values and beliefs that define their Christian walk. They look good on the outside, but are pretty shabby on the inside – like the duck that seems to glide effortlessly across the smooth calm water. It looks good on the surface; but under the water, that duck’s feet are anything but still. They are wildly kicking just to stay in forward motion.

Some men create a lot of ways to look good on the surface without looking at what goes on under the waterline – a lot of violent kicking.

Many times a man will try to solve his sexual addictions by making the problem someone else – a wife or a girlfriend. If only she would change, then I wouldn’t have to act this way. She just isn’t meeting my needs. Someone else must be responsible for my choices.

The most difficult thing for a man struggling with sexual sin is to be honest. The wisest man ever, King Solomon said, ‘He who conceals his sins does not prosper, but whoever confesses and renounces them finds mercy‘ (Proverbs 28:13, NIV).

Admitting that there is a need to change is the first step out of sexual bondage. Minimizing the need to confess to God, others, and ourselves only obstructs positive growth.

What is the positive growth we are after? To restore the relationships that were destroyed as a result of sexual sin is of utmost importance. Sexual sin separates and isolates a man from his network of support. In a counseling practice one of the predictors of successful therapy is the degree of connection of a person to his family and friends. A sexual addict perpetuates fantasy in his daily life that plays a huge part in isolating him from other people. It becomes a double life that seeks to avoid exposure at all costs, bringing a loss of emotional connectedness. Disconnection and isolation are the very things that are realized in a world that becomes extremely self-centered.

The goal for every Christian should be restoration. This begins with confession. Confession implies transparency, a straightforward agreement with God that those choices were sinful. Confession is reality-based: a complete, honest, humble emptying of self. The reality is being willing to deal with the sexual sin up close and personal. When a man comes before God in this manner, He declares him forgiven, even righteous (I John 1:9). It is a three-part journey: forgiveness from God, forgiveness of self, and forgiveness of others.

God’s forgiveness is always available for the asking. But, have you ever asked God to forgive you and then not felt forgiven? First, forgiveness is not a feeling, it is a fact; a fact backed up by God’s own Word.

For some, forgiveness isn’t accepted because there is a belief that forgiveness is not deserved – the idea of not being good enough to be forgiven. The reality is that men often stand in the way of the effects of forgiveness because they are trying to hide the complete truth from God and themselves.

Can the downward spiral of sexual sin be stopped? Absolutely! What does it take? It takes honesty confession, growth, forgiveness, and restoration. Acknowledging the problem and desiring to change is the pathway to establishing a behavioral life that is no longer in conflict with the values and beliefs of a growing Christian walk.