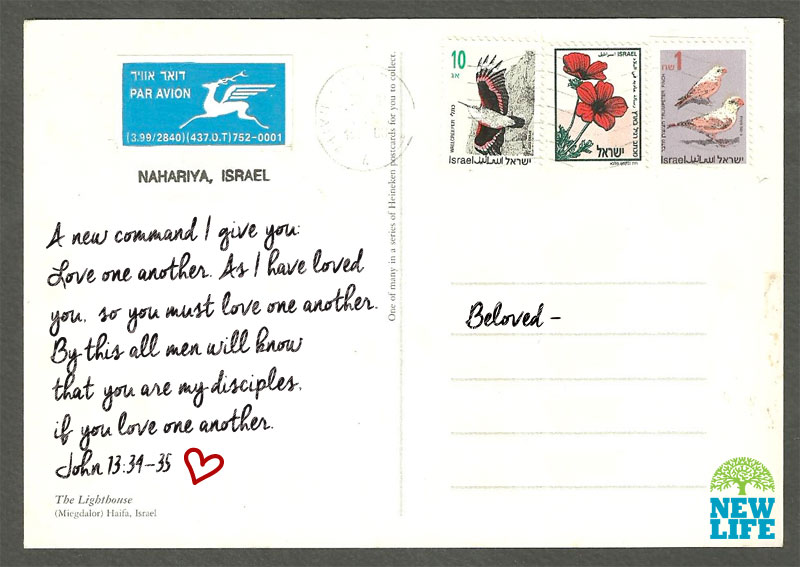 Has the post office ever lost some of your mail? I heard a story about a man who just received a postcard written to him in 1948! The postcard was not initially delivered and somehow almost 60 years later found its way to eBay.

A postmaster purchased it because the picture on it was of interest to him. Upon receiving the card, however, he realized it was addressed to someone. So he took the liberty to deliver it. The letter–written to Charles Rose, who was then  eighty-two years old–was from his mother who was no longer living.

I can only imagine how precious this postcard was to him.

Isn’t God a creative gift giver? He loves to show us kindness. Many years ago, he inspired a love letter to you and me. The Bible, from beginning to end, is His great story of love for us.

When the power of love overcomes the love of power, the world will know peace. – Jimi Hendrix