Previous Next
Man vs. Lawnmower

In your anger do not sin. Do not let the sun go down while you are still angry, and do not give the devil a foothold. – Ephesians 4:26-27 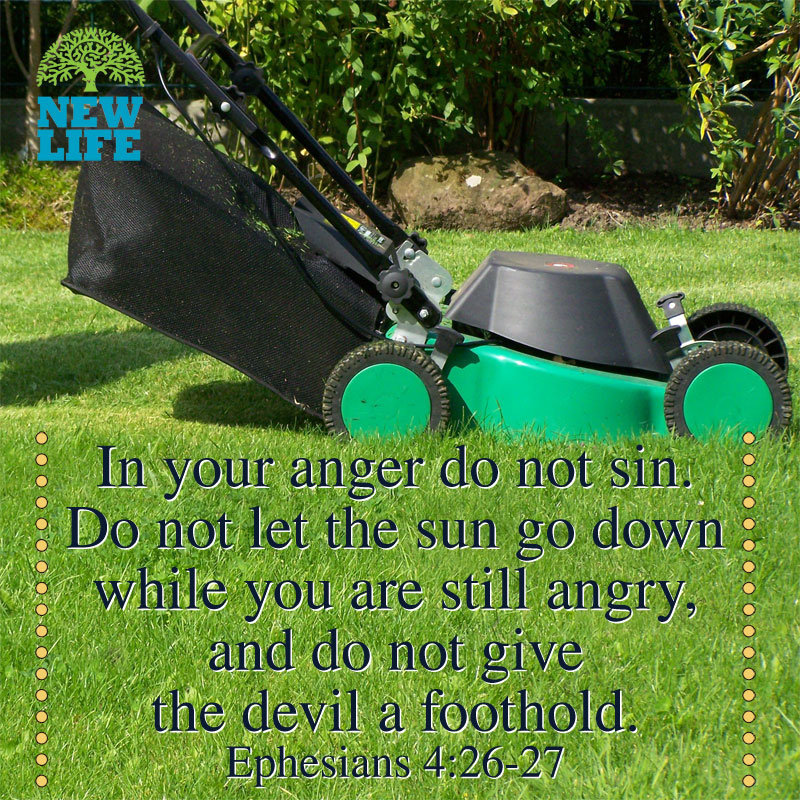 Cliff was a kind and mild-mannered man until one fateful summer day.

He set the controls of his year-old lawn mower on ‘START,’ and pulled the cord. Nothing. He pulled several more times. Still nothing. Finally, after countless attempts, the mower roared to life. Frustrated but relieved, Cliff adjusted the throttle and prepared to cut. But before he could take a step, the mower died again. After several more futile attempts, Cliff straightened up, turned, and walked into the house.

Moments later Cliff calmly returned to the mower, slid several shells into his rifle, took aim, and proceeded to riddle the machine with bullets.

His wife who’d witnessed the entire affair from the kitchen window stood amazed and frightened at the rage lurking beneath Cliff’s quiet, confident exterior.

Perhaps you can relate to Cliff’s anger. But I hope you don’t relate to how he dealt with it. It’s o.k. to have anger and even express it. It’s the how and the when we have to work on.

Whatever is begun in anger ends in shame. – Benjamin Franklin