The Sovereign Lord is my strength; he makes my feet like the feet of a deer, he enables me to go on the heights. – Habakkuk 3:19 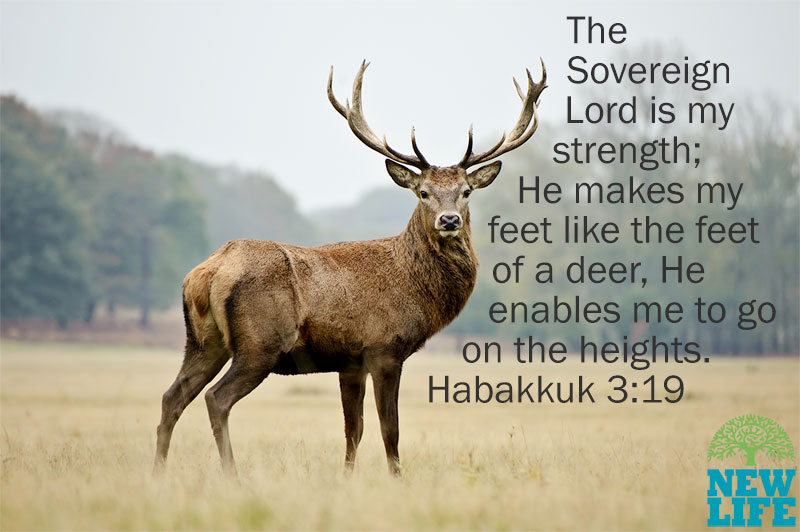 Overconfidence is usually viewed as a negative personality trait.  The story of Joseph in the Old Testament is a good example. His youthful boasting to his brothers got him in trouble. Based on a dream, he claimed that the others would someday bow down to him. This, coupled with his father’s favoritism, led to jealousy and broken family relationships.  In the end, his brothers sold him into slavery, cutting him off from his family altogether.

Through years of difficulties and suffering, however, Joseph’s overconfidence was developed by God into a mature self-assurance. This self-assurance made Joseph capable of tackling and succeeding when most other men would have run away. His  integrity, took him from being a prisoner to being second only to Pharaoh. And, as only God could orchestrate, Joseph was in a position to save the young nation Israel during a time of terrible famine.

Overconfidence without God’s perspective will invariably lead you down the pathway to other personal problems and mistakes. On the other hand, self-assurance based on a strong faith will enable you to overcome incredible obstacles and see God’s hand in your life.

Are you overconfident and relying on your strength or intelligence to succeed? Or are you self-assured, knowing that God is the source of any strength, favor, or success? One way leads to trouble while the other God will use for His plans and His glory.

Be who you are and say what you feel because those who mind don’t matter and those who matter don’t mind. – Dr. Seuss