The Power of His Name

Previous Next
The Power of His Name 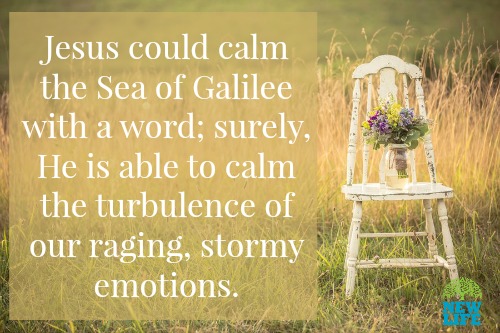 Agoraphobia is an intense fear of being in public. Al Kasha (actor and songwriter) had already fought his way through eating disorders, workaholism, drug abuse, and panic attacks when the phobia imprisoned him in his home.

At age seven, Al appeared on Broadway with Ethel Merman, in Annie Get Your Gun. His brother, Larry became a Tony Award winning theater producer, and Al’s career was soon to be successful. He won his first Academy Award for writing the hit song, The Morning After. The award led to the worst panic attack he had ever experienced.

Al’s battle with agoraphobia intensified, and he and his wife, Ceil, separated. In a rented apartment, Al popped Valiums and sat up all night, trying to figure out a way to get his life back together. He heard a television minister say that fear could be removed by having Jesus in one’s life.

It was hard for Al to say the word Jesus because of his Jewish upbringing. But he finally got the word out and began to pray, then to weep, to confess his sins, and to beg God for reconciliation with his wife.

That night, deep in his heart, Al heard God speak these powerful words: “You are My son and I love you.” His agoraphobia disappeared. He and his wife were reunited in faith. His new life of freedom from fear had begun.

Sometimes inner panic intensifies even though careers are soaring, marriages are flourishing, and finances are multiplying. When we can no longer live with the storm within our souls, we need help from outside ourselves. Like Al Kasha did, we need to speak the name Jesus aloud. He could calm the Sea of Galilee with a word; surely, He is able to calm the turbulence of our raging, stormy emotions. With God’s help, we are responsible for our emotions – they are not supposed to control us.

TODAY’S PRAYER
Lord Jesus, thank you for the power of your name, thank you that in Your name my fears are calmed, demons flee and sinners are set free. Amen