“Father, if you are willing, take this cup from me; yet not my will, but yours be done.” An angel from heaven appeared to him and strengthened him. – Luke 22:42-3 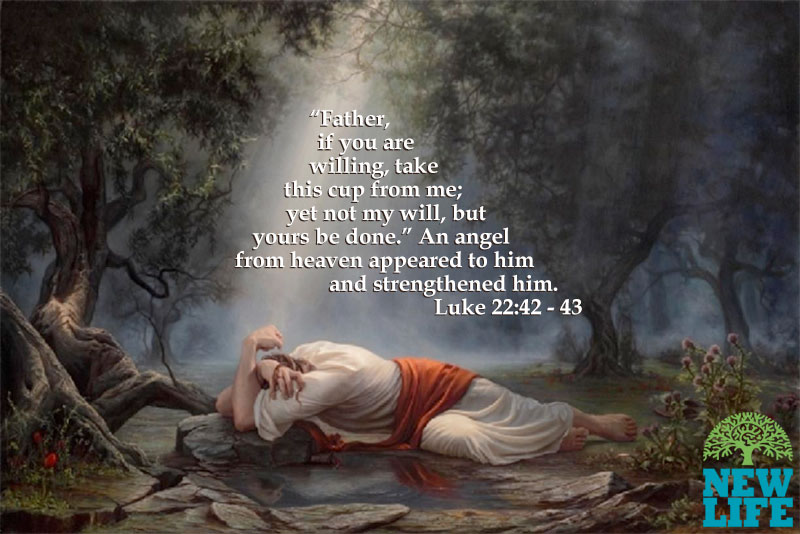 Have you ever heard someone say, “If you had your act together, you wouldn’t be struggling with knowing or following God’s will.” Don’t believe it! It’s a common, mistaken belief, and Jesus’ own actions teach that this isn’t so.

Jesus’ final moments before his crucifixion were spent in prayer in the Garden of Gethsemane. There he prayed three times. Each prayer was a step in letting go of things that would hold him back so that he could take hold of God’s will. The first prayer was an outburst of grief. Jesus shuddered at the chill of death’s dark shadow. Prayer seemed his only refuge.

The second prayer was one of release. Jesus was faced with two choices: If he saved his life, he would lose us. But if he lost his life, he would save us. Christ desired to do the will of his Father, and so he accepted his calling to die for us.

The third prayer strengthened his resolve. It was like the tempering of steel, in which the refined metal is reheated a second time to increase its strength. As a soldier readies himself for battle or a patient prepares himself for a difficult surgery, so Jesus gathered strength from his Father for the task and left all his anxiety with him.

Pray often; for prayer is a shield to the soul, a sacrifice to God, and a scourge for Satan. – John Bunyan