Previous Next
Tribute to Jackie Robinson

You were taught, with regard to your former way of life, to put off your old self, which is being corrupted by its deceitful desires; to be made new in the attitude of your minds and to put on the new self, created to be like God in true righteousness and holiness. – Ephesians 4:22-24 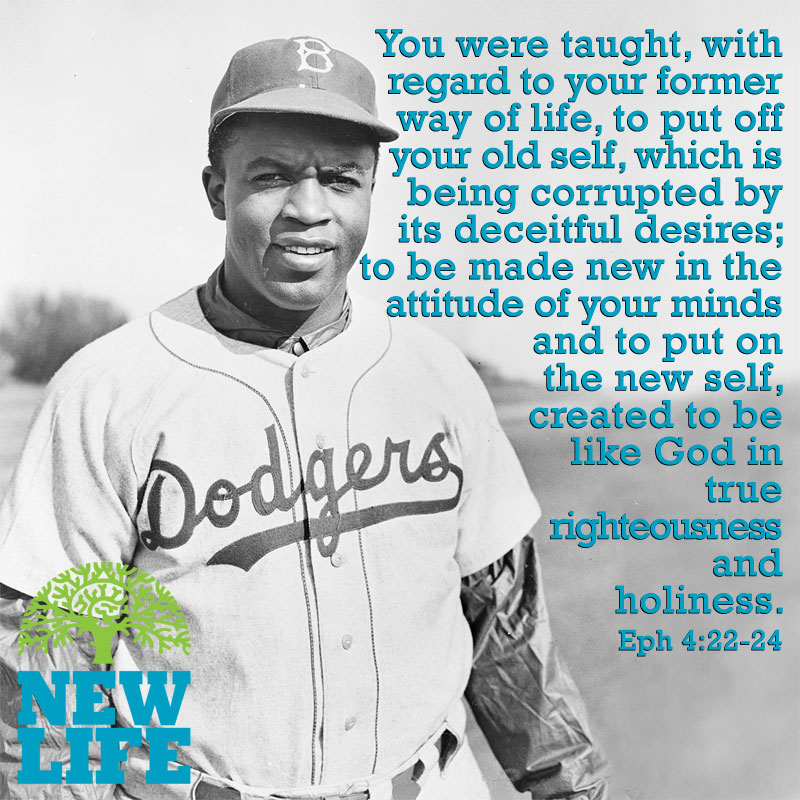 In 1948 Jackie Robinson became the first African-American to play Major League Baseball. He faced stiff opposition. Pitchers threw at him. Base runners dug their spikes into his shins. Fans mocked him and some even wrote death threats.

To endure this mistreatment, you’d have to be a scrapper. Robinson was certainly no exception.

He was proud and competitive. But he also knew the right way to fight, and that’s what set him apart. Before being allowed to play, Jackie was asked what he’d do if another player hit him on the cheek. He answered, “Sir, I have two cheeks.” Robinson knew that real strength, the kind necessary to accomplish truly great things, is demonstrated in meekness and forbearance. With that strength, he changed the face of America’s favorite pastime, and in the process, helped change the face of America.

We can learn from his example, an inner strength in adversity; not striking back when we’re wronged; keeping focus on the task before us. He had a rather Christ-like attitude and example, wouldn’t you say?

I am still determined to be cheerful and happy, in whatever situation I may be; for I have also learned from experience that the greater part of our happiness or misery depends upon our dispositions, and not upon our circumstances. – Martha Washington