Perfume and incense bring joy to the heart, and the pleasantness of one’s friend springs from his earnest counsel. – Proverbs 27:9 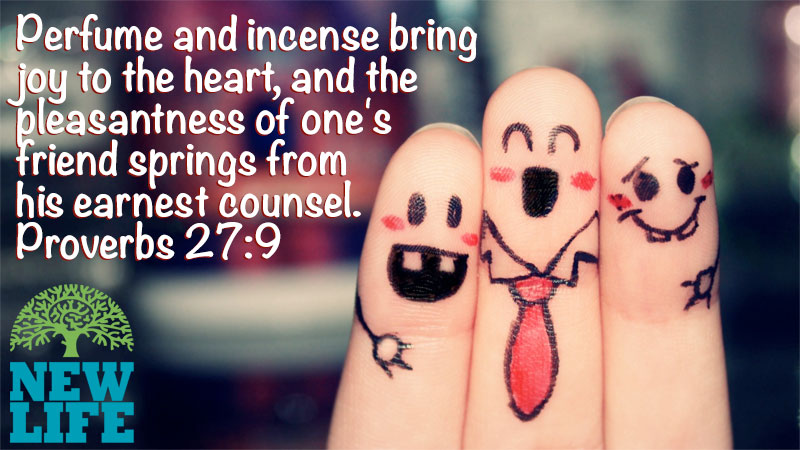 Samuel was one of the great men of faith and one of the great leaders in Israel’s history. He served as priest, prophet, and Israel’s last judge. Look at what the Bible says about him. “As Samuel grew up, the Lord was with him, and everything Samuel said was wise and helpful. All the people of Israel from one end of the land to the other knew that Samuel was confirmed as a prophet of the Lord.” (1 Samuel 3:19-20)

But Samuel was human, and he had blind spots. Samuel appointed his sons as judges in his place. The problem was that his sons were not the men of character that he was. Scripture tells us they “were greedy for money, accepted bribes and perverted justice.” The people tried to tell Samuel, but for whatever reason he had a blind spot when it came to his family.

We often develop blind spots with regard to someone we love and want to protect. If Samuel had heard the people’s complaints with openness, he may have seen the truth before it was too late. Then he could have corrected the problem and held his sons accountable for their actions. If others around you are telling you things you don’t want to hear, maybe you should stop and evaluate carefully what’s being said.

Do you need to be honest about someone in your life: a friend, child, or maybe a family member? Perhaps it is time to take your blinders off?

The challenge of leadership is to be strong, but not rude; be kind, but not weak; be bold, but not bully; be thoughtful, but not lazy; be humble but not timid; be proud, but not arrogant; have humor, but without folly. – Jim Rohn