Previous Next
Be a Joshua

Have I not commanded you? Be strong and courageous. Do not be terrified; do not be discouraged, for the Lord your God will be with you wherever you go. – Joshua 1:9 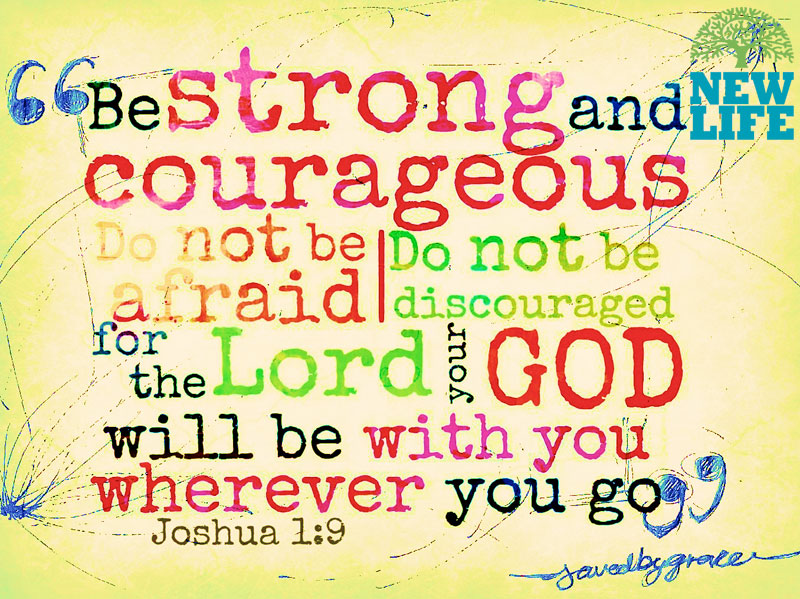 All through the Old Testament book of Joshua, the Lord says, “Be strong and courageous, do not be afraid.”  What a message for us! As I read through the book I was amazed at how when the Lord spoke to Joshua, Joshua never stood before the Lord with excuses.  He didn’t attempt to refute why he couldn’t capture the territory the Lord had already given him. He never grumbled and complained about his childhood or his feelings of inadequacy or his anxiety or anything else you can think of. He simply moved forward in faith.  As a consequence he led the entire nation of Israel to conquer and settle in the Promised Land.

If you would arise each day with the same simple faith of Joshua, a faith that simply trusted the Lord as shown by your actions and behavior, just think about what area of your life you could capture.  You could turn the tables on the enemies of your past . . . on the abuse and neglect and fear and hurt.  You can capture that enemy territory.

I learned that courage was not the absence of fear, but the triumph over it. The brave man is not he who does not feel afraid, but he who conquers that fear. – Nelson Mandela

Courage is being scared to death and saddling up anyway. – John Wayne