Since an overseer is entrusted with God’s work, he must be blameless not overbearing, not quick-tempered, not given to drunkenness, not violent, not pursuing dishonest gain. – Titus 1:7 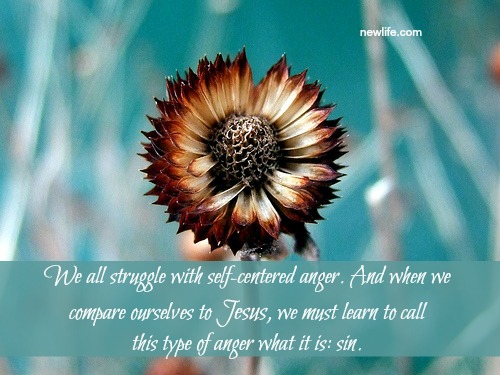 A good deal of human anger springs from selfishness. A man may get angry with his father for not including him in the business; with his wife for not serving the dinner he expected; with his daughter for telephoning in at midnight for a ride home from a party; or with his son for not weeding the garden when he wanted it done.

Self-centered anger isn’t what Jesus expressed. He didn’t get angry when someone snubbed Him, but he did when someone cast a slur on His Father or treated others unjustly. He wasn’t ticked at the money-changers for offending Him but for desecrating His Father’s house and disrupting the worship of His people. Jesus never got angry at the wrongs done to Him—including the ultimate wrong—His crucifixion. Instead, He forgave.

We all struggle with self-centered anger. And when we compare ourselves to Jesus, we must learn to call this type of anger what it is: sin. (Remember though, not all anger is sin.) Ask God for forgiveness and ask Him to help you to practice the habit of examining your motives when you become angry so that you can discern self-centeredness from God-centeredness.

Anger is a wind which blows out the lamp of the mind. – Robert G. Ingersoll