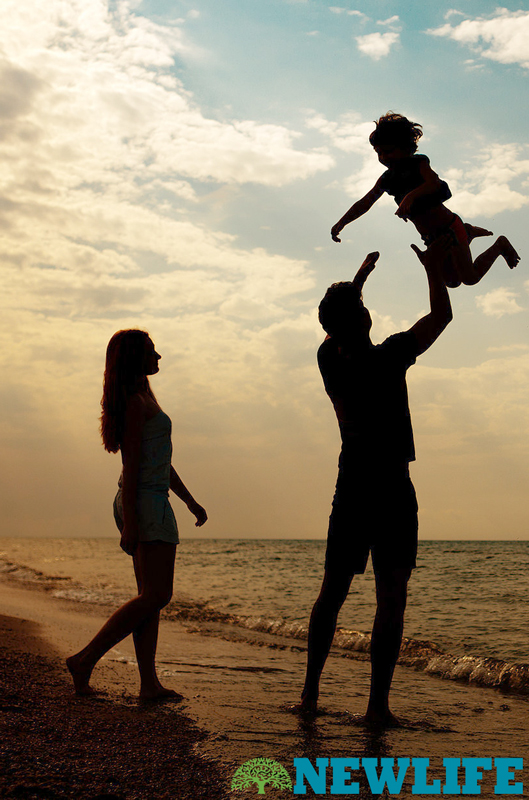 Recently a young mother asked me how she can learn to parent a toddler and a tweenager (preteen) without getting angry all the time. As a grandfather, I’d say you just have to wait until you become a grandparent and then you can do it without anger.

But seriously, there are two things that are important to remember.

The first is to think about what is age appropriate for your toddler and for your tweenager and to interpret their behavior in light of their age and their maturity. A lot of times we, as parents, have such high expectations for our children. We think of them as adults in little bodies. But they’re not. Their brain is still developing. In fact, it goes beyond even the teenage years. It’s not until about age 23 that a female’s brain is fully developed, and it’s not until age 26 or 27 that the male’s brain is fully developed. And the last part of the development is the prefrontal cortex which is the part of our brain that manages impulse and behavior and decision making.

So when you are dealing with a toddler, that part of their brain is very primitive and undeveloped. You’ll see them do impulsive things. You’ll see behavioral things that just don’t make sense unless you realize, “Oh yeah, she’s just a toddler.” A toddler thinks magically. There’s no logic. It’s a delightful time. They can have an imaginary playmate. They can put themselves into stories and become part of the story because everything is magical. Absolutely nothing is logical until age 5 or 6 when the logic starts to sneak in.

It’s the same thing with a preteen. Their brain is more developed, but they are really just beginning to think abstractly. Reversibility is part of that process. Reversibility is the cognitive process by which one can think of something and back it up and understand it, as well as take it forward in terms of the thought process. So it’s not until you really get into the 12 or 13 year range that a kid can actually take a behavior and think back and say, “Well, I guess I did that because of this or that.” And they can reverse their thinking and go backwards. Prior to that, all they can do is think forward. If you ask them, they’ll say, “I don’t know why I did that.” They’re being honest. They don’t have the ability to think back. If you’re interested, there’s some reading that you can do. Jean Piaget is a French theorist who wrote about this some years ago. You can look him up on Wikipedia and see some of his writings on cognitive development and become familiar with what children are capable of in terms of their behavioral patterns.

The second thing is that sometimes children can act like little jerks. They’ll even do certain things just to annoy their parents or others in authority. Sometimes kids will do things just to get your goat. That’s what kids do. If you can learn to laugh at that and make light of it, you’ll be so much further ahead than if you take it personally, stew on it, and think about why they are doing it. If you can just kind of relax and not take it seriously, you’ll find their behavior much less bothersome.

No matter what stage your kids are at in the developmental process, they need some boundaries. Humor goes a long way in enforcing boundaries in a non-angry, non-punitive manner. And think about using paradox — suggesting the opposite of what you want. I have fun doing that with my grandkids. I think the best advice that I can give you is to practice learning to enjoy them for who they are and how they are at this particular stage of life, because it only lasts for a little while and then it’s gone.

My youngest son had another child who is now age 3 and is 10 years younger than her sister. When she was born I thought, “Oh boy, I get to watch another little person become a big person all over again.” I don’t know how long I’ll get to do that, but I enjoy every minute. And if parents can learn to enjoy their kids in their uniqueness, their silliness, and their “kidness’ — that will go a long way in reducing their anger.

So good luck with that. You won’t do it consistently; just do it more than you’re doing it now, and that’s all you’ve got to do. Remember, you just have to be a good enough parent. Don’t be too good or you’ll spoil your child and make him into a little monster. Don’t be no good because then you’ll ruin your kids. God made us so that all we have to be is good enough, which means somewhat consistent. And also, try to remember to lighten up!