Let the peace of Christ rule in your hearts, since as members of one body you were called to peace.  And be thankful. – Colossians 3:15 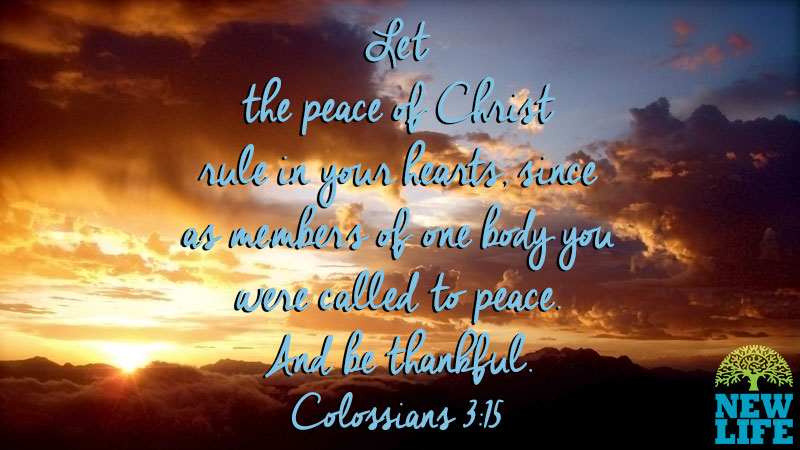 We live in a day and age where too many people are convinced that they are entitled.  Consequently, thankfulness seems a lost—nearly extinct—art.  Yet while culture hasn’t helped us in this department, the problem’s much deeper.  It’s rooted in our fallen hearts.

Warren Wiersbe illustrated this in his commentary on the book of Colossians where he tells the story of a ship that ran aground on the shore of Lake Michigan in 1860.  Witnessing this from land, Edward Spencer, a young ministerial student, plunged himself time and again into the frigid waters to pull seventeen desperate passengers from certain death.

But those lives weren’t saved without cost.  Edward’s repeated plunges into the icy lake permanently damaged the young man’s health.  Some years later, at Edward’s funeral, it was noted that not one of those seventeen people snatched from death that day ever bothered to thank him.

Who do you need to thank today?